We are a local dance school teaching RAD ballet and ISTD Tap and jazz to children from 3 years. Classes also held for adults: Adult Tap (all levels) and Ballet Bootcamp. The school has been trading for 25 years and is run by Julie Noble - pay weekly or termly - we are at Berry Lane Methodist Church in Berry Lane. Come and have a go - first lesson free.

We are delighted to be back at the Aquadrome stage! Rise studios is a local Performing Arts and Dance School. We offer classes during the week in our Rickmansworth and Watford Schools. Classes range from Baby ballet.

Blag Youth Theatre singing class with a selection from their weekly Saturday classes and a snippet from their up and coming Summer school, 'Oliver with a Twist' July 29th - August 10th. Grab a leaflet and join them.  "They're Outta' Control and Heading Your Way!"

The band met at an R&B band workshop in the Elephant and Castle a couple of years ago and have done various gigs around London, ranging from pub gigs to a fundraiser for Grenfell Tower charities. The emphasis is very much on getting people out of their seats and onto the dancefloor! 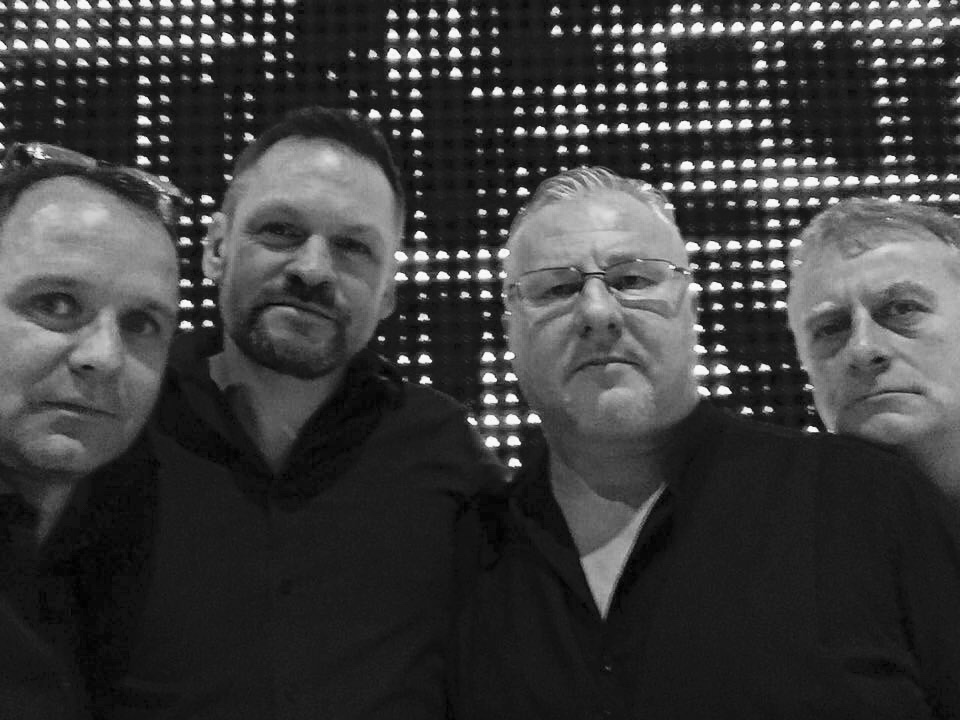 The Four Horsemen are the coming together of two pairs of local musicians.

Guitarists, Brad and Geoff had played together as an acoustic duo for about 10 years when they were playing a gig one day in 2016. A guy called Ed asked if they needed a drummer and gave them his number. They auditioned Ed and he got the job. Ed mentioned a bass player called Dan that he'd been in previous bands with. The four musicians got together and clicked immediately.

Since then, The Four Horsemen have enjoyed a good deal of success gigging locally and last year played at Croxfest. 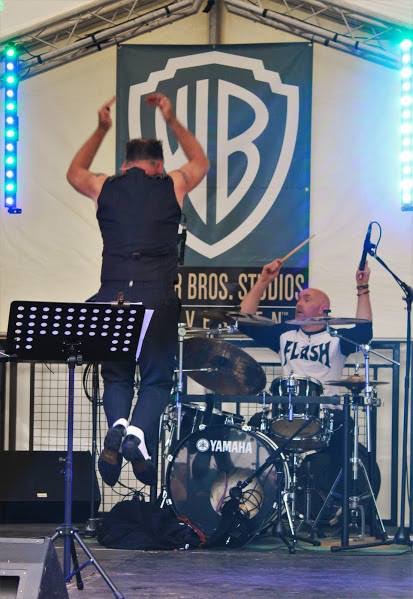 The Odds are a local band that just won't lay down and die. Musically sophisticated and visually crazed, something for all the family. 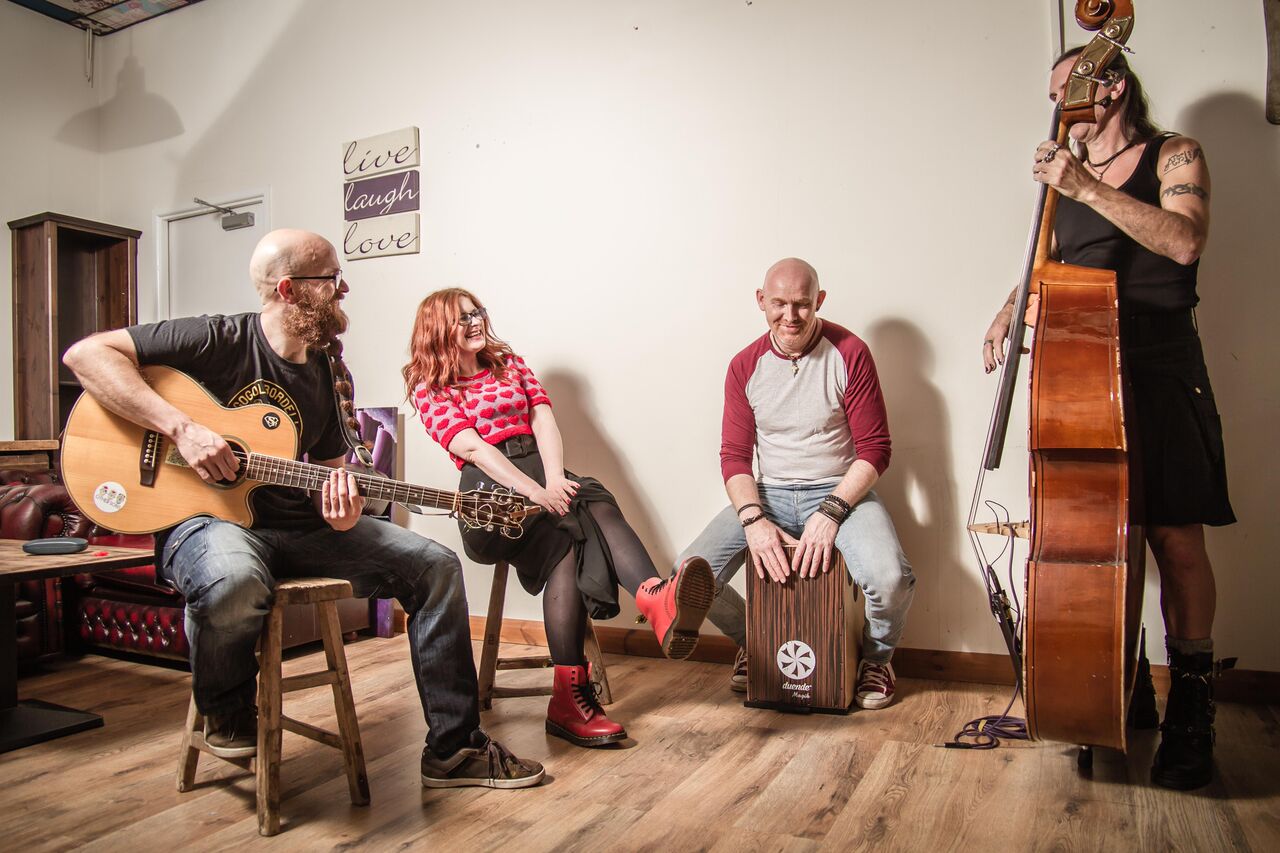 Hatching in 2009, DodoBones have since been attracting attention with raw and heartfelt lyrics, seducing vocals, pulsing and gritty acoustic guitar, double bass and percussion. Their music has been described as 'ironic pop' and 'wood rock'. They have a good sense of humour when it comes to the darkness of life and it comes across in their performances, which are tight and full of passion.

Their combination of natural acoustic instruments and powerhouse performances features their material, as well as clever interpretations of other people's. The band is made up of Robbyn Snow on lead vocals, Stephen Patmore on guitar and spoken word, Ian Newman on double bass and Mark Gordon on percussion.

In Dec 2018, they released their 5th studio album 'FOUR', which can be found on amazon, Spotify, iTunes, bandcamp and you can buy CDs (if you're old enough to remember what those are!) directly from the band.

Evening at the Aquadrome - Hosted by DJ Jarley 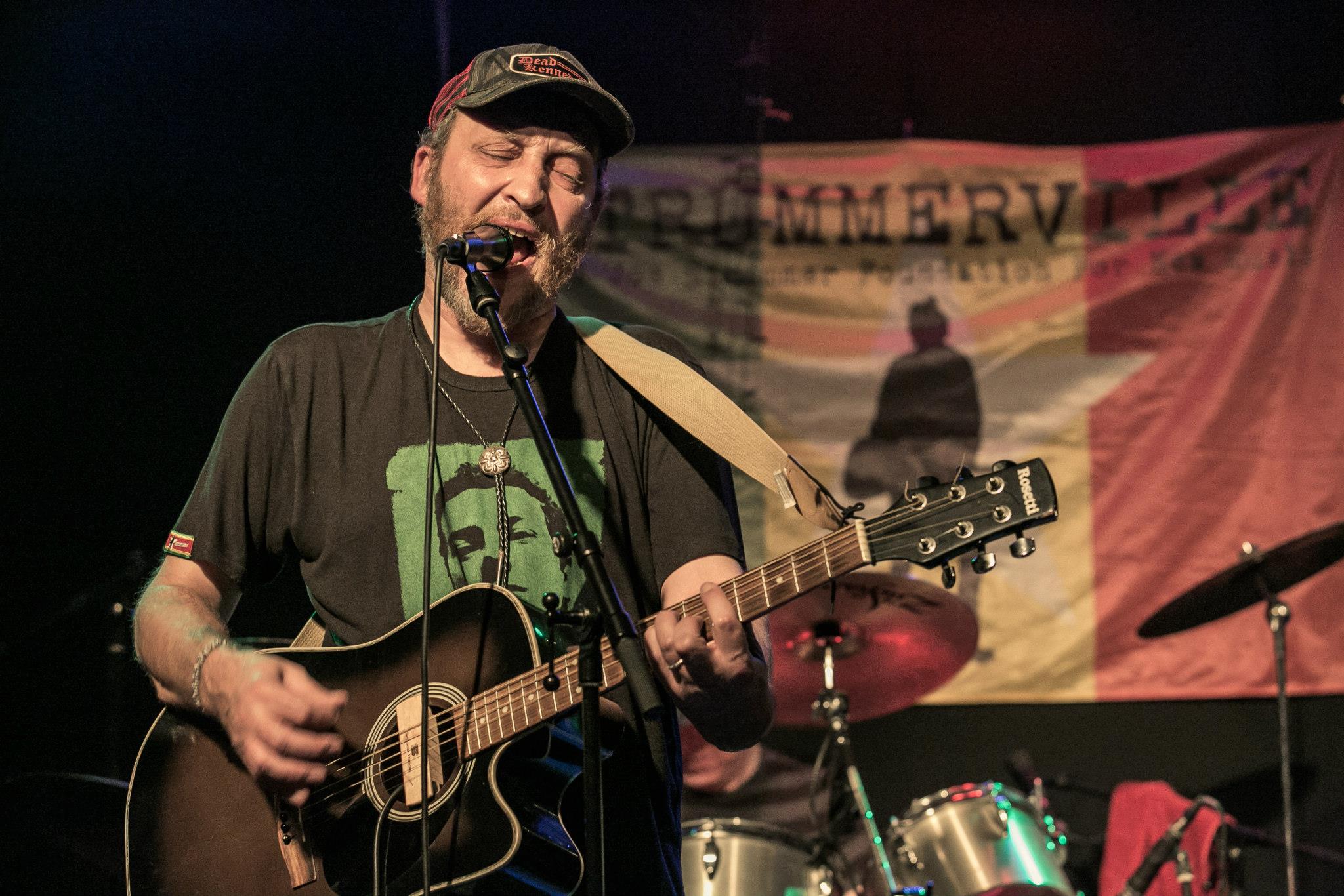 With a particular penchant for murder ballads, caustic skiffle and bar room melancholy, Grae J. and Los Chicos regularly tour on the continent as well as being stalwarts of the UK Acoustica scene – featuring members of The Trailer Trash Orchestra, The Astronauts and Hubcap Moon.

As an eternal troubadour Grae J's songs are often inspired by his road trips, with narratives set in the motels of Bakersfield, the bar-rooms of Berlin and the back-streets of Paris. Grae and the band have performed at Glastonbury, Boomtown, Bestival and many more intimate venues across Europe. The band have shared the stage with inspirational characters including TV Smith, Patrik Fitzgerald and John Cooper Clarke as well as backing Ed Tudorpole a few times on live renditions of Swords of a Thousand Men. The boys also collaborated on the production of the acclaimed Knoxville Boy album with Knox (The Vibrators). Grae J. has contributed tracks to a number of compilation albums including tributes to Kevin Coyne and a self-produced tribute to Nikki Sudden. Brand new album Quinze Petites Morts has received excellent reviews and airplay.

“For an album so packed with suicide, death and loss it seems to be almost celebratory, placing a massive grin on the listener’s face. Death loses its power, the Grim Reaper is dragged in, has a glass placed in his hand and is forced to join the party.” – RnR, ***** 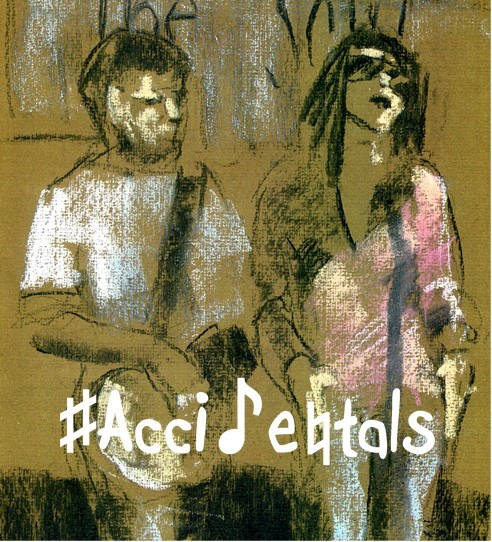 Acoustic duo Jen and Steve have been playing as The Accidentals for a while, and are very fortunate to be joined today by a full band line up to give the full treatment to some of their favourite numbers.

Colvex are a local three piece band that plays a mix of powerful original material ranging from alternative and heavy rock through to rockabilly and jazz.

Having released their début album on D-Classified Records on iTunes, Amazon and Spotify in 2012 to critical acclaim, the band have toured extensively since — including performances at major outdoor events such as Croxfest, Wilkestock and the Cambridge Rock Festival.

Since the band last appeared at the 2017 Ricky Festival, Colvex have released their latest EP, 'Last Man Standing' along with a music video and late last year performed a live webcast show on Plasma Music TV. Now they are back onstage and ready to rock!

Firehorse are a local Uxbridge based bluesy classic rock band. We celebrate the likes of The Who, Lynyrd Skynyrd, Dr Feelgood, Free, Bad Company, Foo Fighters, Thin Lizzy, ZZ top, Credence Clearwater Revival, Robert Plant and much more. We are all time served musos, with more years’ experience than we care to admit. Our aim is simply to play music that we love and hope everyone else does too. Always guaranteed to bring a smile and put out the necessary amount of high energy! 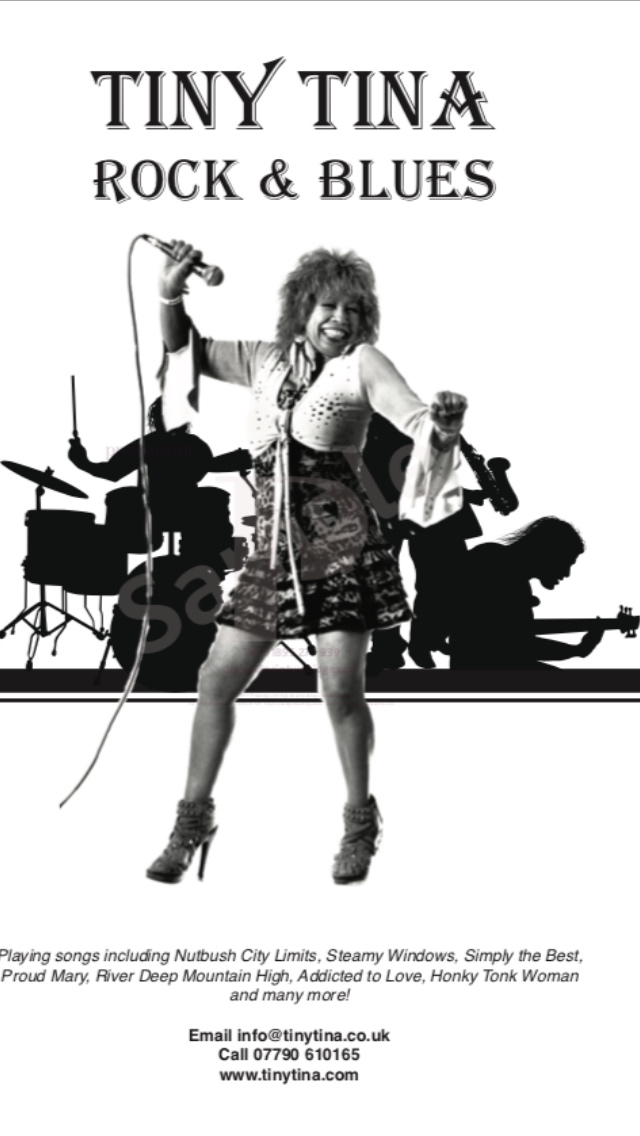 To end the evening let’s get 'ROCKIN' with Tiny Tina and her Rock and Blues Band. 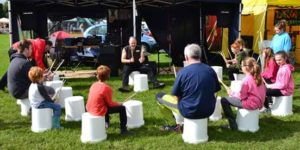 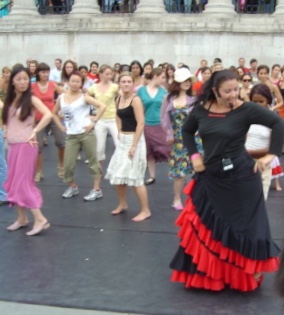 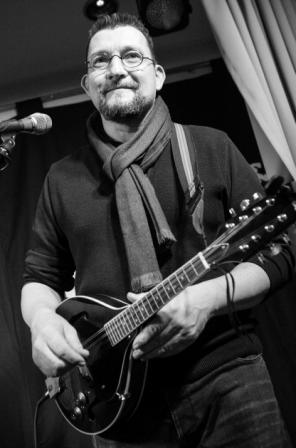 Hertfordshire based singer songwriter and budding folk musician. Writing, arranging and performing his own songs. 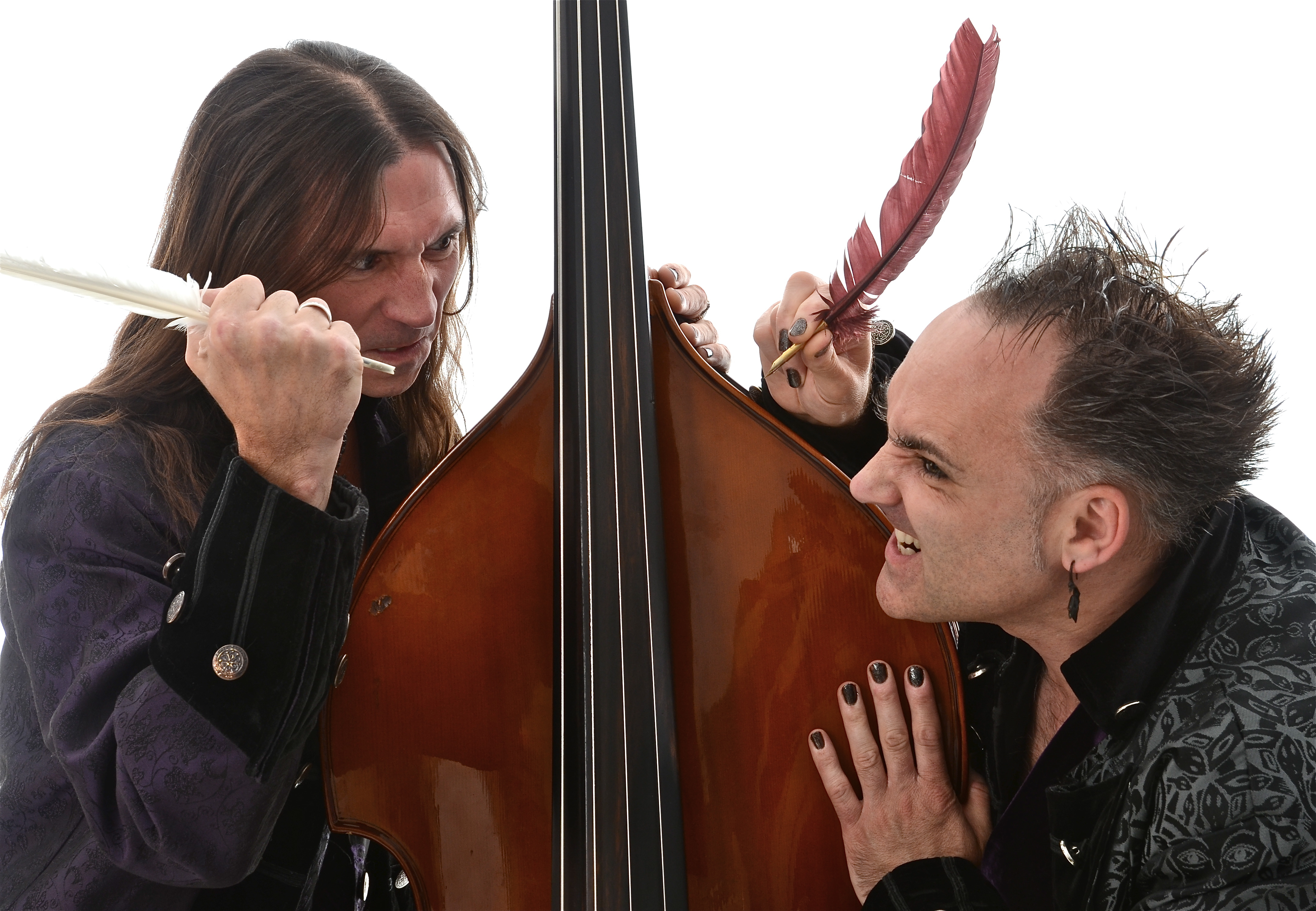 A wry blend of anarchocynisism and comic observation. Funny and clever, apparently. A tad naughty after 9pm

Established for over 28 years, Collective are a Performing Arts School whose main Studio is in Rectory Lane Rickmansworth; they also run classes at St Mary's in Rickmansworth and St John's in Northwood.

Pupils can start from 2 years of age up to advance levels and collective also offer Adult Dance & Fitness sessions daytime and evenings. 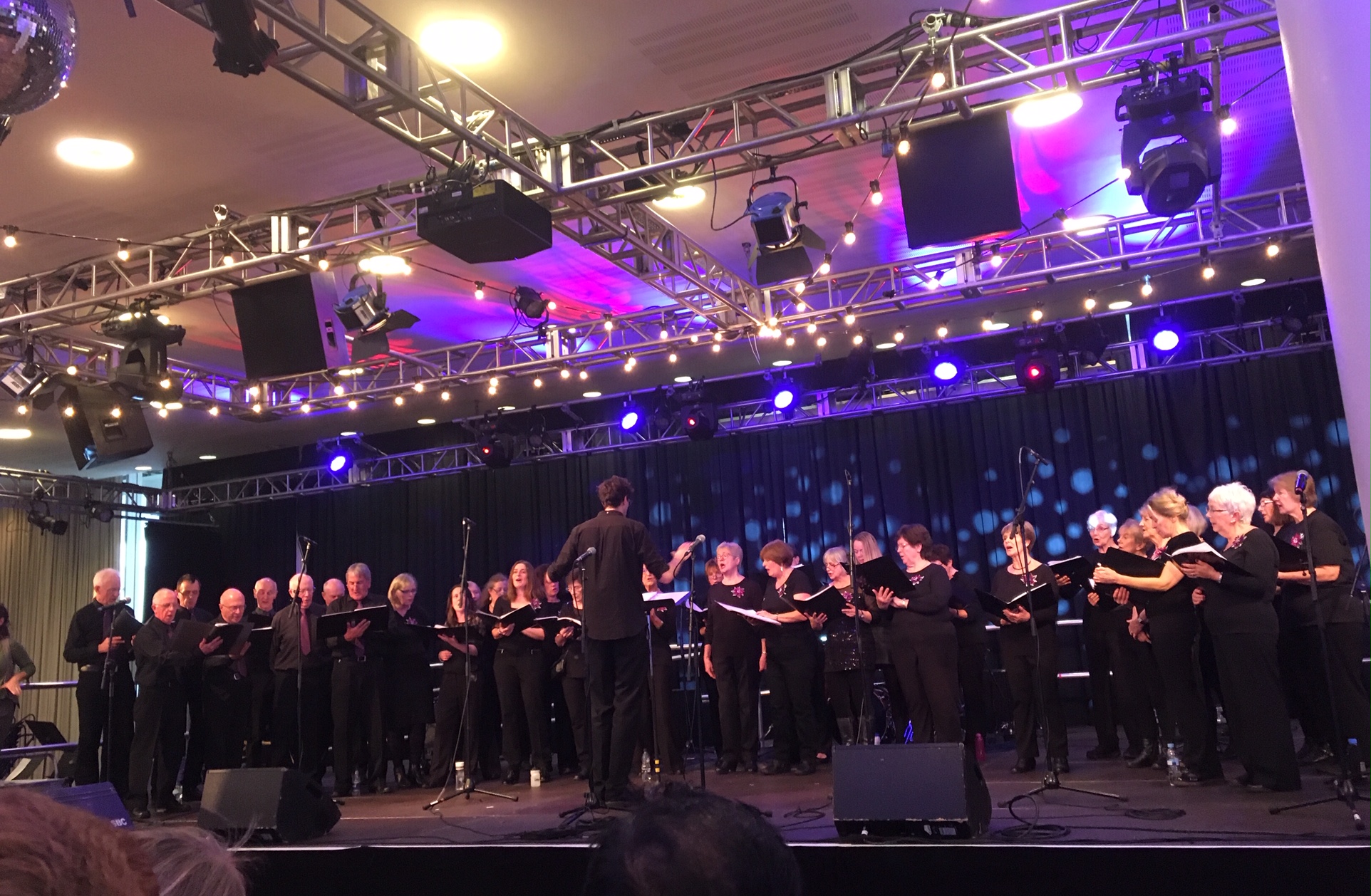 Popular local choir with a reputation for rich harmonies and songs enjoyed by all ages - pop, gospel, folk and traditional. Kings Langley Community Choir has performed at international festivals and in venues which include the Royal Festival Hall, The Roundhouse, The Cadogan Hall and the Palace of Westminster. 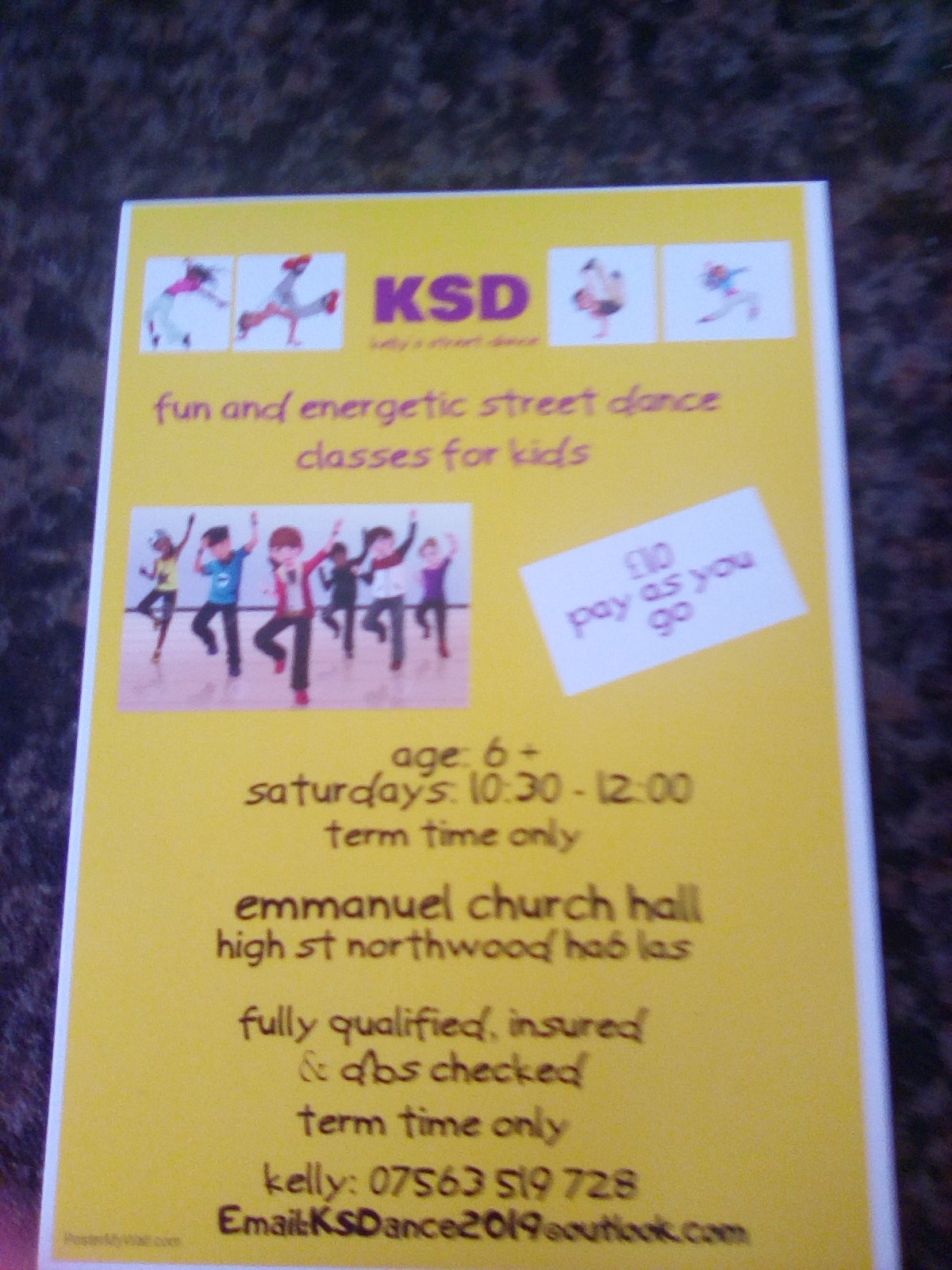 KSD is a kids street dance group based in Northwood. Fun and energetic street dance classes for kids age 5+ classes are every Saturday at Emanuel church hall 10.30 - 12 .This is KSD second public performance and the children are very excited to perform at Rickmansworth Festival and hope you all enjoy our performance. 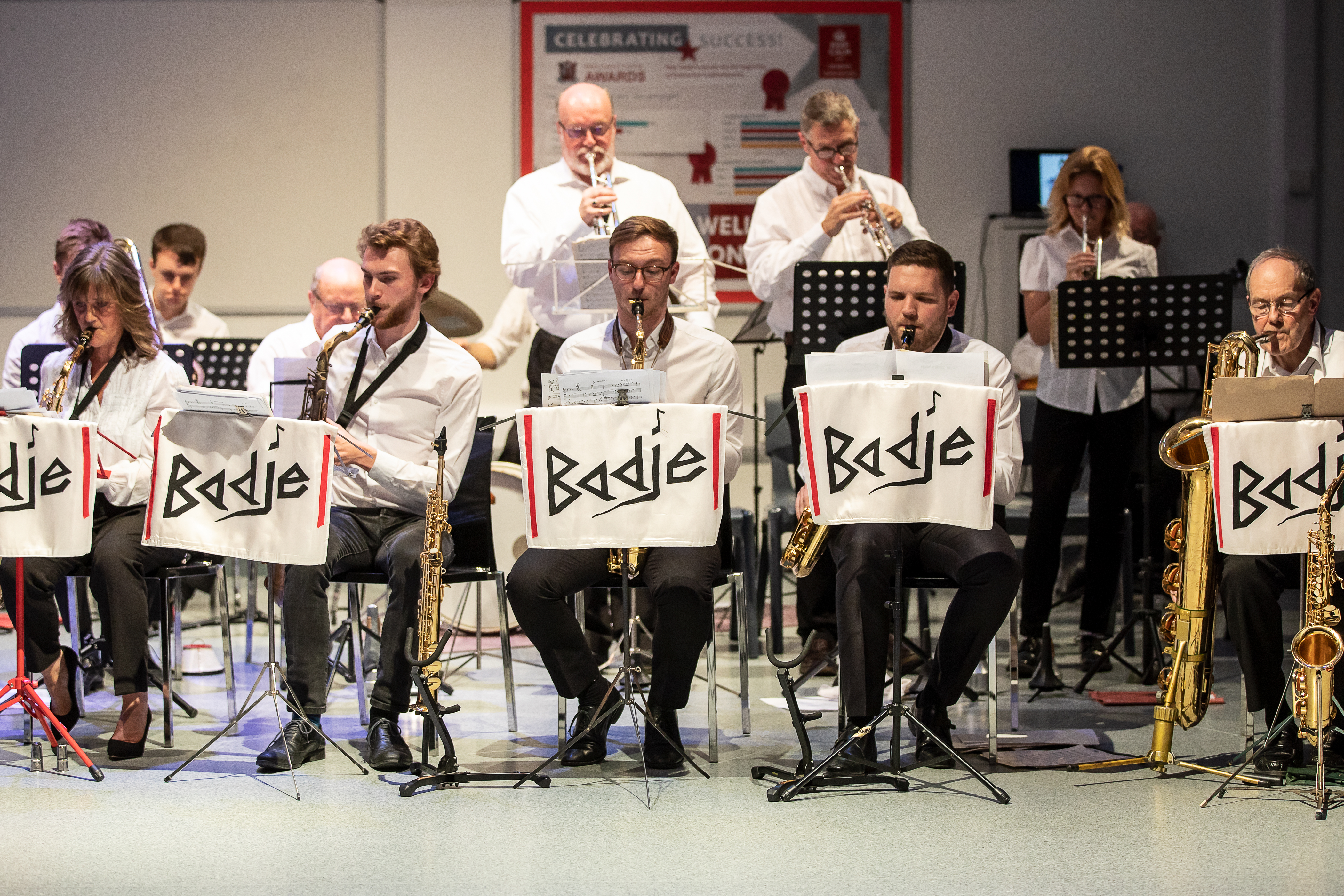 Badje are a local band formed over 30 years ago to introduce young people to jazz and let them learn alongside more experienced performers.

We rehearse every Tuesday in term time at Ricky Baptist Church Hall. 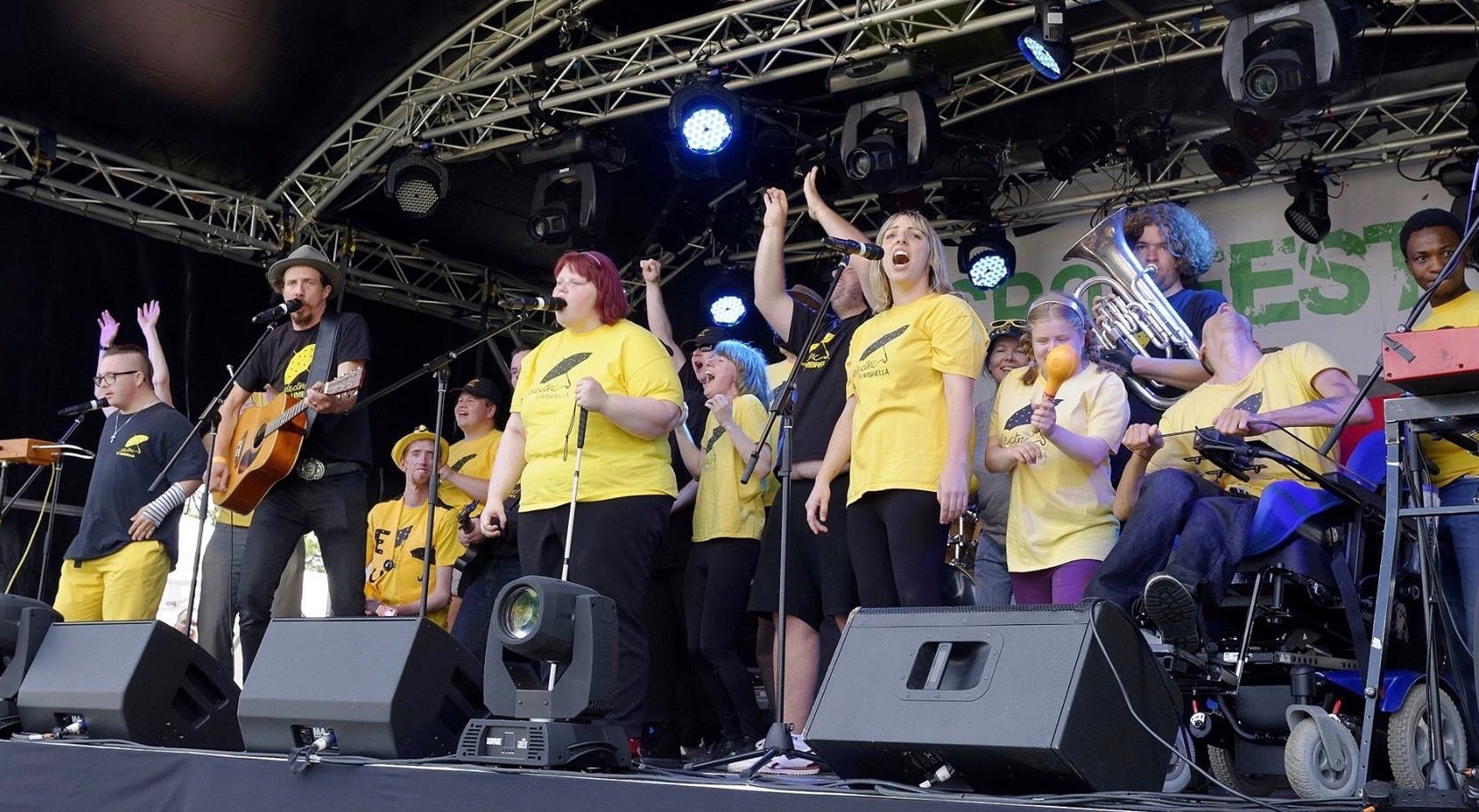 Electric Umbrella is an organisation that challenges the perceptions of Learning Disabilities by enriching and empowering lives through music. Back for the 4th year in a row, the Ricky Festival is one of the many highlights of the year. 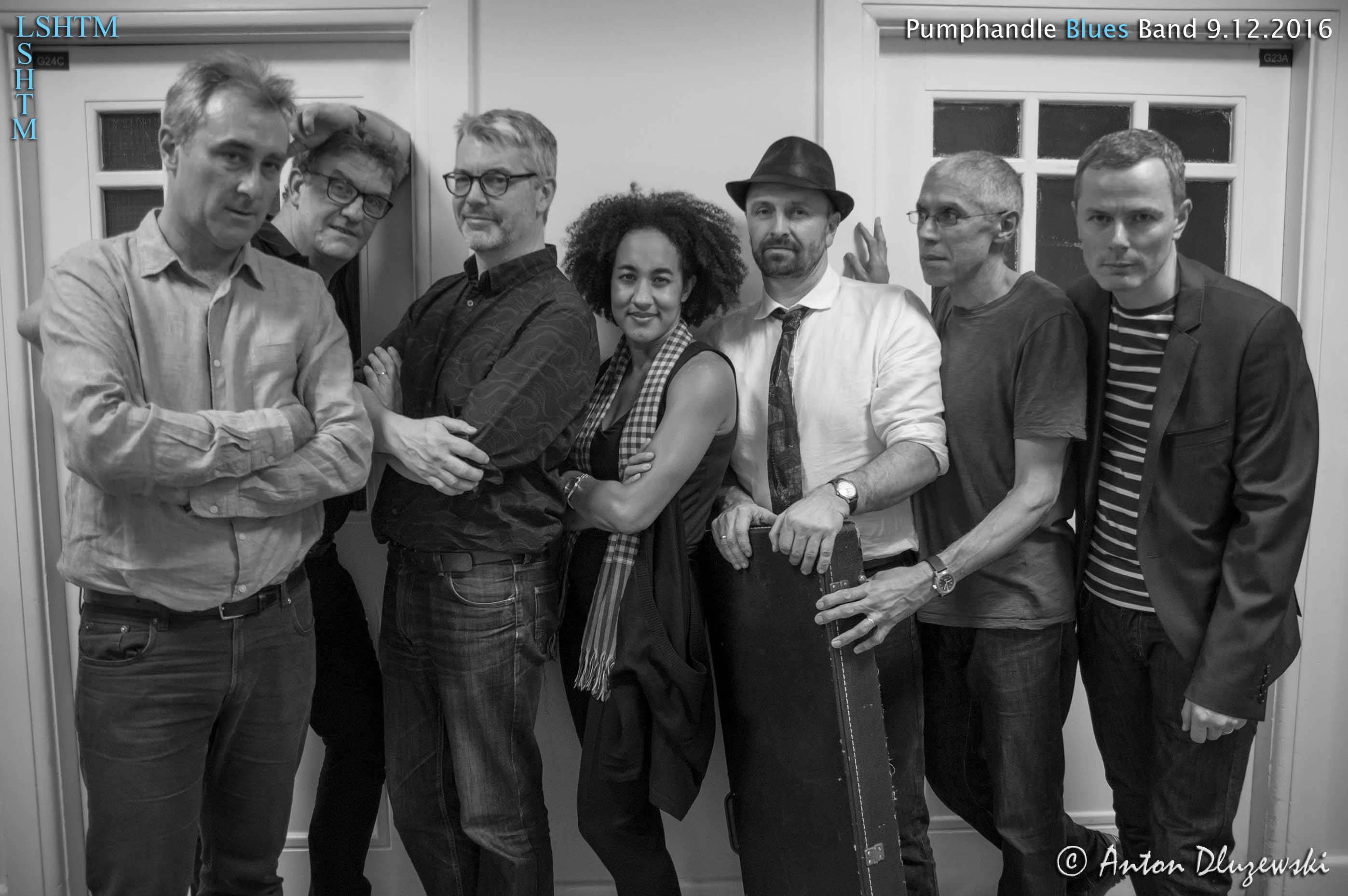 The Pumphandle Blues Band has been playing blues, jazz and rock since 2014.

It was formed in a university bar in central London when Rickmansworth's Dave Conway and Australia's Colin Sutherland got together and invited some friends along to help bring the blues back to Bloomsbury.

The full band is now seven-piece, which has gone on to play at festivals and conferences in the UK and abroad, and looks forward to helping you tap your feet today.

The band members are: 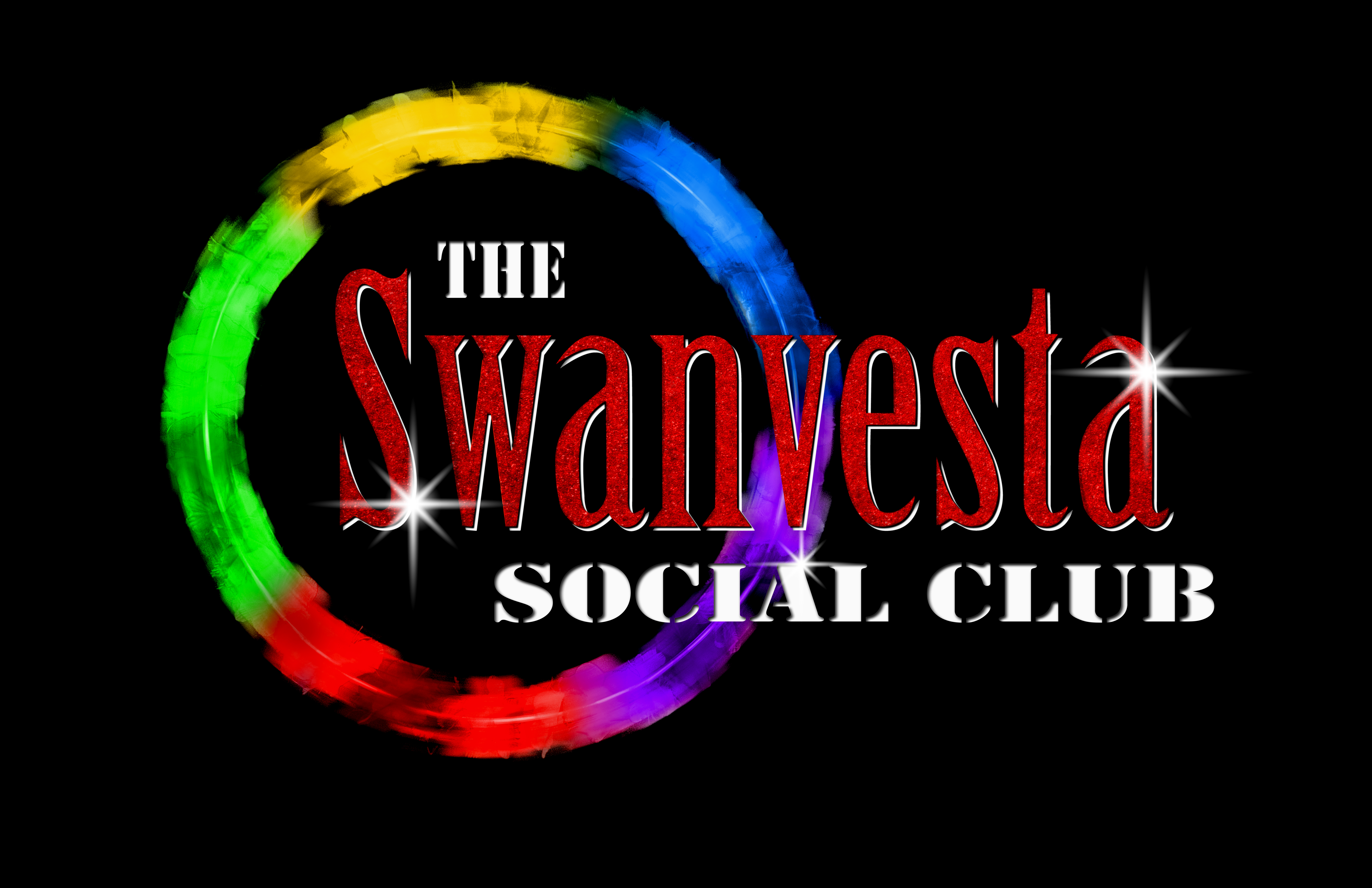 Turnwrest are made up of Chris, Mark, Liz, and Linda, singers who love sharing traditional and not so traditional songs of innocence and experience, of sea and of land.